The Royal Regalia Building was built in 1992 to commemorate the Silver Jubilee of His Majesty, the Sultan Haji Hassanil Bolkiah’s ascension to the throne, since 1967. This museum houses a huge collection of royal regalia, including the grand royal chariot, silver and gold ceremonial armory, jewel encrusted crowns and clothes used during the coronation and a replica of the throne which His Majesty uses on state occasions. 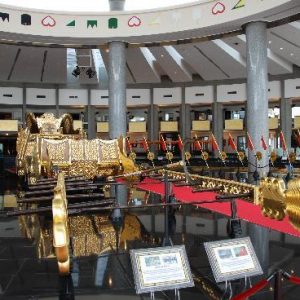 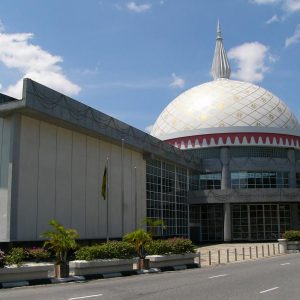 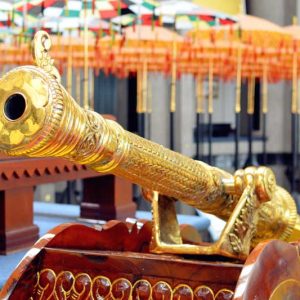 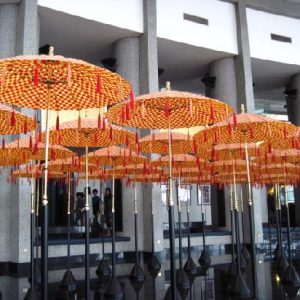 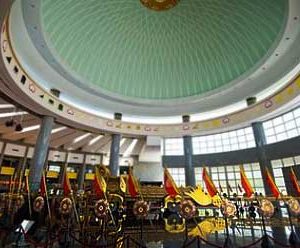 It is one of the most magnificent mosques in the whole of Southeast Asia and symbolizes the deep rooted Islamic faith of the nation. The mosque was completed in 1958 and is named after the 28th Sultan Omar Ali Saiffuddien, who is referred to as the architect of modern Brunei. Made from the most extravagant materials in the world, the mosque boost marble from Italy, granite from Shanghai, stained glass and chandeliers from England, and carpets from Saudi Arabia and Belgium. 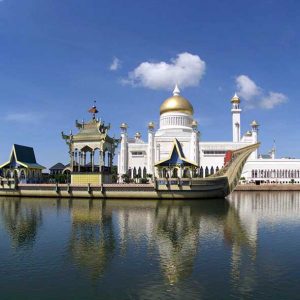 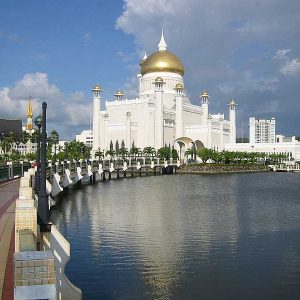 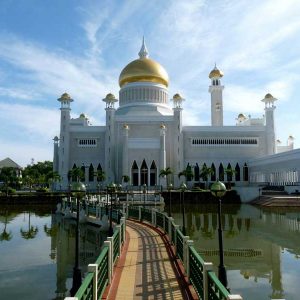 This is the Royal Ceremonial Hall or the Lapau, where the present Sultan, His Majesty Sultan Haji Hassanil Bolkiah, was crowned on 01st August 1968. This is yet magnificient architecture in the city centre. Inside, an exquisite golden dome calls for attention. Traditional royal ceremonies like the giving titles by the Sultan are normally held here. The Parliament House or Dewan Majlis adjoins the Lapau. 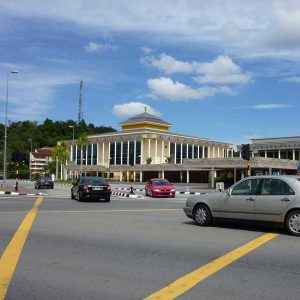 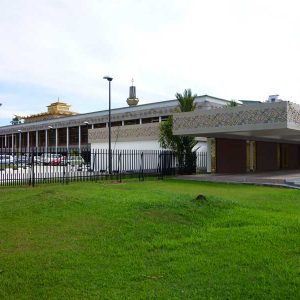 The museum is 6.5 from the city centre and is a most distinctive piece of architecture along the Brunei River. Most of the museum pieces inside are unique and priceless items of Islamic Arts. Detailed work of ancient calligraphers is featured through a private collection of amazingly elaborate Holy Korans, ceramic ware, glasswares and carpets. A history of the oil industry of Brunei and Borneo ethnographic displays are also shown. 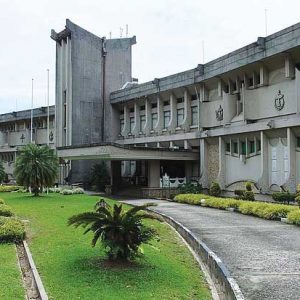 Known locally as the Kiarong Mosque, this holy piece of architecture is full of grandeur and is the largest in Brunei Darussalam. The mosque was built to commemorate the 25th anniversary of his majesty’s reign. The gold topped domes tower over landscaped gardens and fountains for a graceful and magnificent view. Either day or night, a visit to this regal place is a must for anyone. Situated in Kampong Kiarong, it is just a few kilometers from the capital. 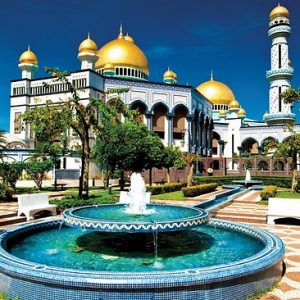 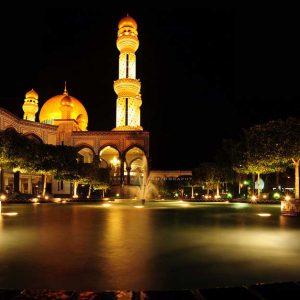 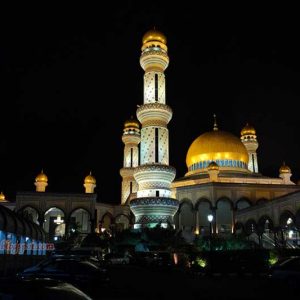 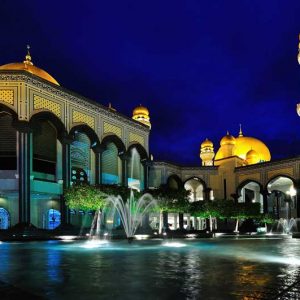 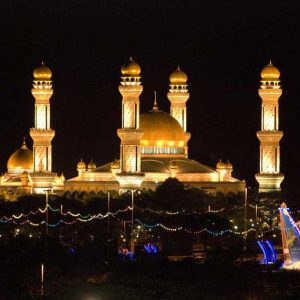 Of all the magnificent buildings in the city centre, His majesty’s royal palace, the Istana Nurul Iman, is the most impressive. Probably the largest residential palace in the world, its vaulting roof, golden dome and tranquil riverside setting makes it a spectacular subject for photography. The palace is open to the public only during Hari Raya, when Bruneians and visitors have the opportunity to greet His Majesty and the Royal Family. 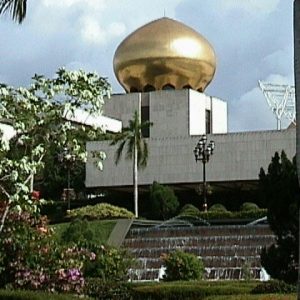 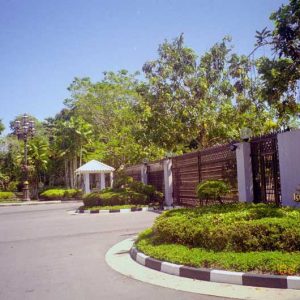 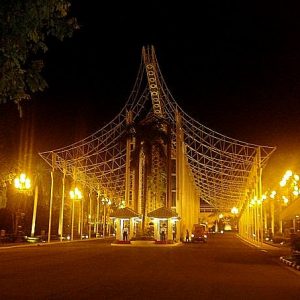 Just minutes from the center of Bandar Seri Begawan are isolated mangroves where nature still dominates. 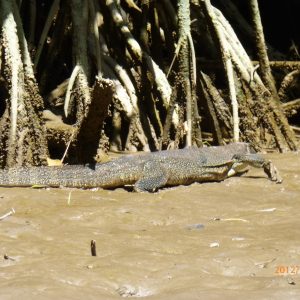 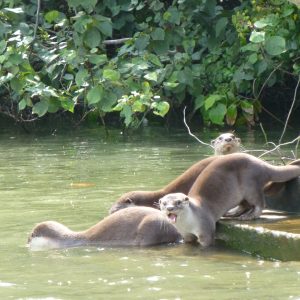 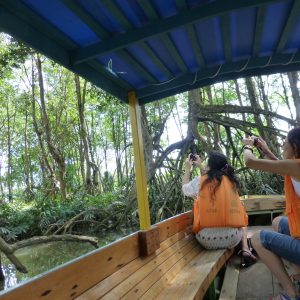 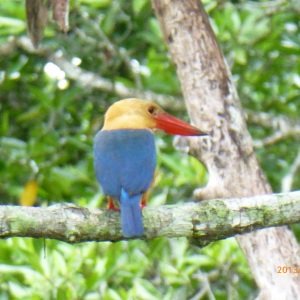 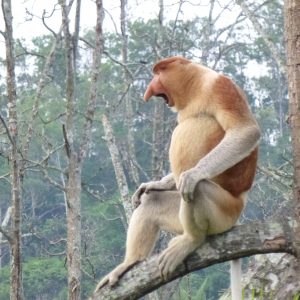 Ulu Temburong National Park was the first national park to be established in Brunei, protected since 1991. The park is in Temburong District in eastern Brunei, and covers about 40% of the district in the south at 550 square kilometres (210 sq mi). It is within the Batu Apoi Forest Reserve. The park contains unspoiled jungle and is known as the "Green Jewel of Brunei", described as "the finest example of the sultanate's successful forest protection policy". The principal rivers are the Temburong and Belalong Rivers. It is an important ecotourism centre in Brunei and hosts to Freme Travels very Own Rainforest Lodge. 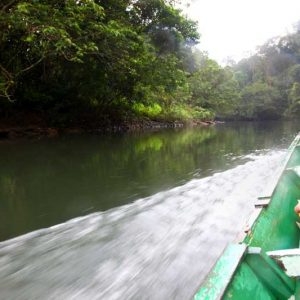 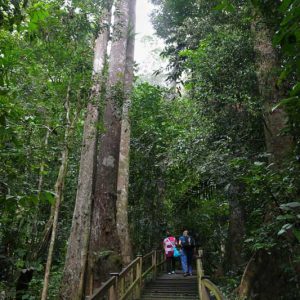 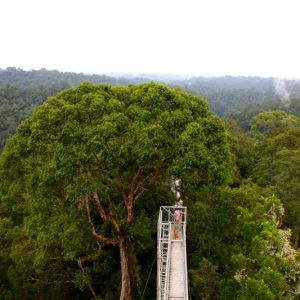 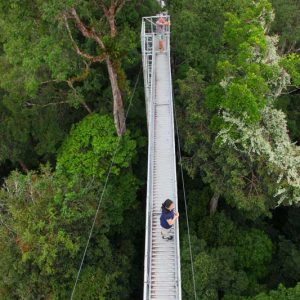