Year of the Monkey

So as the year of the monkey approaches, we in Borneo have tons of native monkey species. We want to to show you a bit more about our favorite but endangered Proboscis monkey. 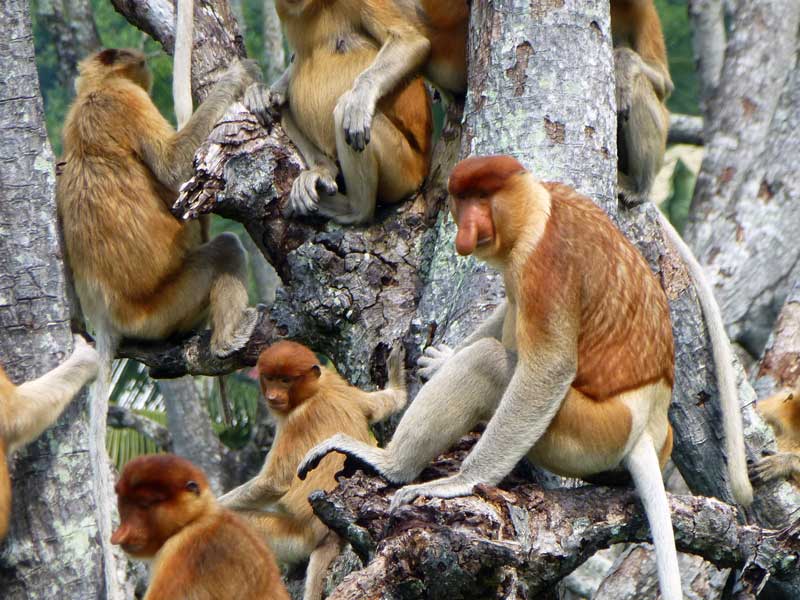 Believe it or not, the males’ enormous fleshy noses both impress females and help their calls to resonate and scare off rivals. You wouldn’t think it to look at them, but proboscis monkeys are also known for their webbed feet and are excellent swimmers. They certainly need to be to escape crocodiles! Fortunately, proboscis monkeys spend most of their time in the trees in small groups, usually one male and several females, and are rarely seen on the ground. They are protected in Brunei, which supports one population, but there are fewer than 1,000 left in the world due to hunting and deforestation.

Fun fact: Unlike the reddy-pink faces of the adults, the babies’ faces are blue.

How to spot them: Look for their ginger heads and listen out for the sharp, crow-like cawing of their alarm call.

Best chance of sighting: Early morning or dusk among the mangroves is best, so any of our tours which pass through them:  Brunei Nature (Mangrove River Safari Tour)